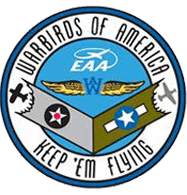 Tom is among the most dedicated of airplane fans, especially when it comes to warbirds. He either owns or is partial owner of 4 airplanes, two of which are warbirds. He is very active at our events, especially with his TBM Avenger. The crowd never seems to tire of watching the wings unfold or the fly-bys over the airfield. Tom’s favorite pastime (after flying) is to engage in discussions with pilots and warbird fans wherever he goes… just ask his wife!

Michael was born and raised in Massachusetts, and has had an interest in aviation since an early age. One of his uncles was an Air Force pilot, and took him flying numerous times as a child. His Boy Scout Troop Leader was also a pilot and owned a banner-towing business (Mike’s first summer job was spent on an airfield prepping banners and aircraft for tows). After high school,  Michael joined the Army and went into the Aviation branch initially as a helicopter weapons repairer, but later moved up to repairing and crewing on UH-60 Blackhawk and CH-47 Chinook helicopters. He served for five years, and in locations in Europe, Latin America and throughout the US. After the Army, he got his EMT certification, and then attended Boston University, graduating with a bachelor degree. After graduation, he was accepted into a government program to live and work in Japan, and after successfully completing this, he stayed in the country for eight years, working for a number of Japanese companies. When 9/11 occurred, Mike looked at returning into the military, and joined the Navy doing intelligence work. Initially he was able to come in as an NCO, and deployed to the Middle East. After this deployment he was commissioned and went into the reserves. Currently he works as an intelligence analyst in the private sector and has lived in the Chicago area for the past ten years.